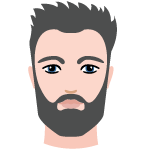 After losing my house keys for the 20th time last month, I decided to make a big change in how I secure my home. For my safety and to protect my valuables, I found a locksmith in my area who specializes in keyless locks. A keyless systems keeps absentminded people like me safe. The system is easy to use and doesn't require any type of key to secure my home. If you keep losing your house or car keys, see a locksmith. My blog offers tips on how to select the right security locks and systems for your home and car, as well as advice on how to stay safe if you lose your keys before you install a new security system. Thanks for reading and stay safe.

Once a technique pioneered by locksmiths to make their jobs easier, lock bumping is now a popular way for burglars to get through locked doors without leaving behind any traces of forced entry. With the practice becoming widespread among burglars, it's important to understand how it's done and what you can do to protect your business against it.

The idea behind lock bumping involves exploiting the overall design of the typical pin tumbler lock. The tumbler contains a set of pins that are staggered at different lengths, requiring a key that's cut in a way that allows the upper and lower pins to line up properly along the shear line.

A bump key, on the other hand, features deep, uniform cuts that let users insert it in any lock that shares that particular key's keyway. Once the bump key is inserted, the user simply taps the key with a hammer, causing the upper pins to "jump" above the shear line for a split second. Afterwards, the key only needs to be turned slightly in order to open the lock.

What Makes It So Effective

The key to lock bumping lies in its simplicity. You don't need lock picking skills or complicated tools to bump a lock, meaning that almost anyone can do it with a little practice and patience. Bump keys are easily obtainable from a variety of legitimate sources, as are tutorials that illustrate how to properly use them.

There's also the fact that the vast majority of cylinder locks are highly vulnerable to lock bumping. Most locks aren't designed to resist picking and bumping attempts, making it easy for burglars to defeat a lock without causing any damage. This also makes it harder for insurance companies and law enforcement agents to detect signs of forced entry.

The fact that lock bumping is so simple and easy to do is what makes it so effective — and dangerous for homeowners and business owners alike.

Just because you have a lock that's vulnerable to lock bumping doesn't mean you'll have to give up on your security. For starters, you can have the pins in your current lock replaced with security pins by a commercial locksmith. These pins come in a variety of shapes, but all are designed to bind along the shear line, preventing the tumbler from being turned during a bumping attempt.

You also have the option of replacing your locks entirely with those that are specifically designed to thwart bumping and picking attempts. Light commercial-grade locks not only have these features built into the lock, but they also come with a manufacturer's warranty — an advantage that you may not have if you decide to just swap pins in your existing locks.

High-security locks also offer another way of safeguarding your building against lock bumping. A typical high-security lock achieves this by utilizing a patent-protected keyway that only the lock manufacturer can produce duplicate key copies for. This prevents unauthorized key copying, but it also makes it harder to obtain legitimate copies. These locks also tend to be more expensive than light commercial-grade locks due to their higher quality and stronger materials.

Other ways you can prevent lock bumping include making your door more visible to passersby, installing security cameras near entrances and using keyless deadbolt locks that are also bump-resistant. Most locked doors aren't a match for the average burglar, especially one who's constantly on the hunt for new ways to make their work easier. Nevertheless, the above options can throw a wrench into any burglar's plans for unauthorized entry.